I left directly from work Friday afternoon and drove through Robbinsville, NC on the way to Twenty-Mile Ranger Station in the Smokies. Along the way it had been raining and as I reached Robbinsville there was a mix of rain and snow. I arrived late at night with the snow coming down. Several young guys arrived and parked soon after I pulled in. They were planning to night hike to the top of Gregory Bald. My plan was more modest and involved hiking a mile or so into campsite 93 where I would spend the night.

The next day I hiked to Eagle Creek where I had planned to walk to Spencefield Shelter. As I rounded the bend over Campsite 90 I heard roaring water and saw a river that reminded me of a small Colorado river. The water was rushing over rocks and seemed to want to carry everything away.

Crossed here twice at 1st ford, once in each direction.

I had not consulted my brown book and if I had, then I would have known that there were at least 15 fords of Eagle Creek. I made it across the first crossing and at the 2nd crossing I made it to nearly mid-stream when I felt myself about to go weightless. The current was pushing hard against each leg and against each hiking pole. I strained to stay upright as the current swept away one of my hiking poles. At that point I knew that I had to return to the bank, but wasn’t sure I could make it. Very carefully I shuffled along the rocky bottom and made m way out of the strongest current and back to the bank. I couldn’t believe that there were already 2 fords and I thought about a reattempt, but first I consulted the brown book. With the brown book stating that there were at least 6 – 7 difficult crossings with some of the later crossings harder than the first, I knew that it would be foolish to continue on Eagle Creek trail. I returned to Lost Cove Campsite 91 where I built a fire and attempted to dry out.

My route traced in blue. 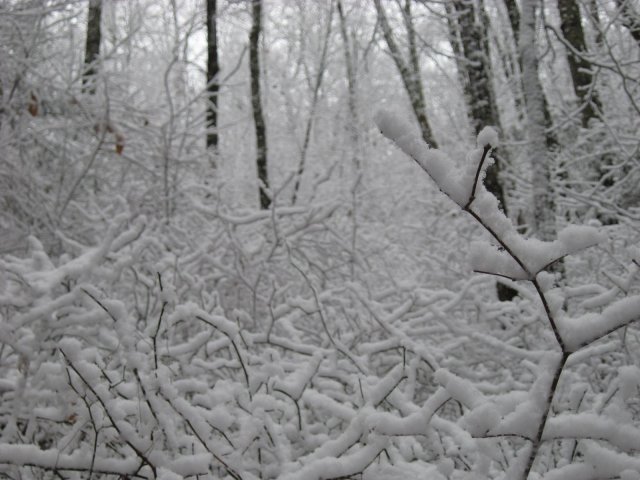 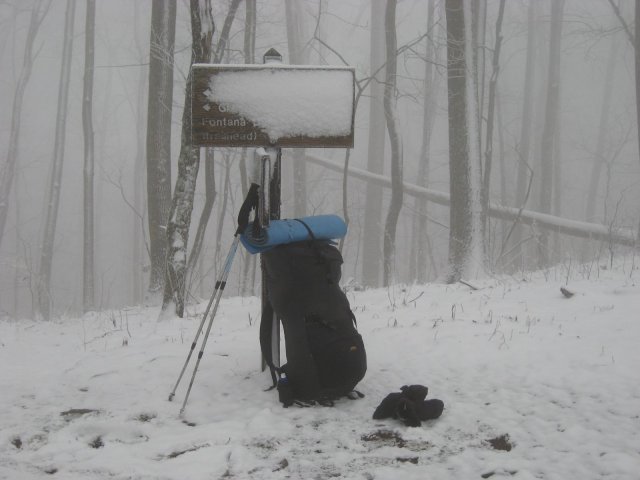 Snow Encrusted Sign on AT at Twenty Mile Intersection

AT End of Lost Cove Trail 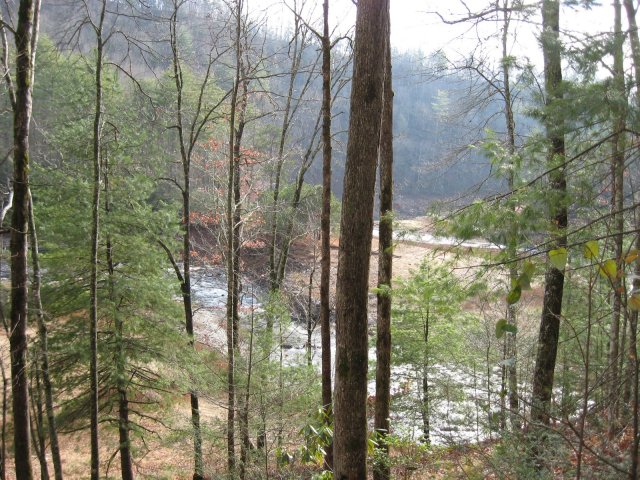 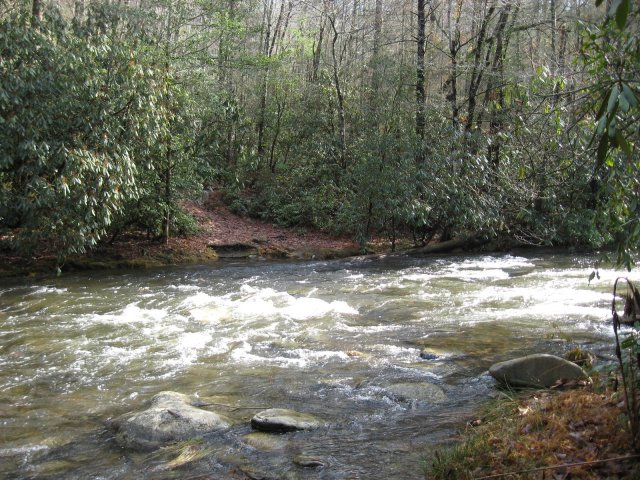 Crossed here twice at 1st ford, once in each direction. 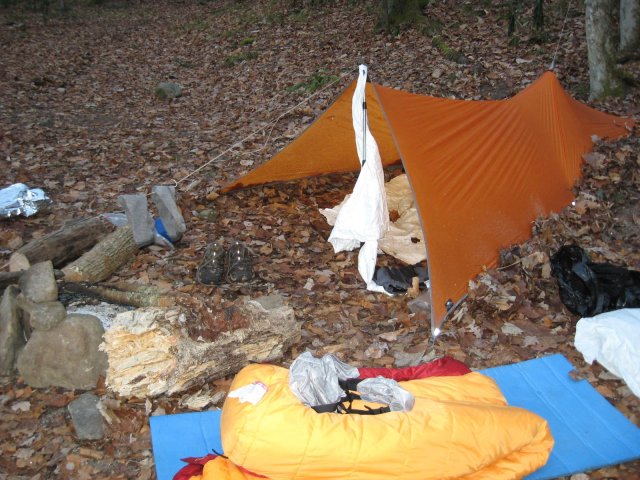 Lost Cove Campsite 91 the next morning after the Eagle Creek attempt. 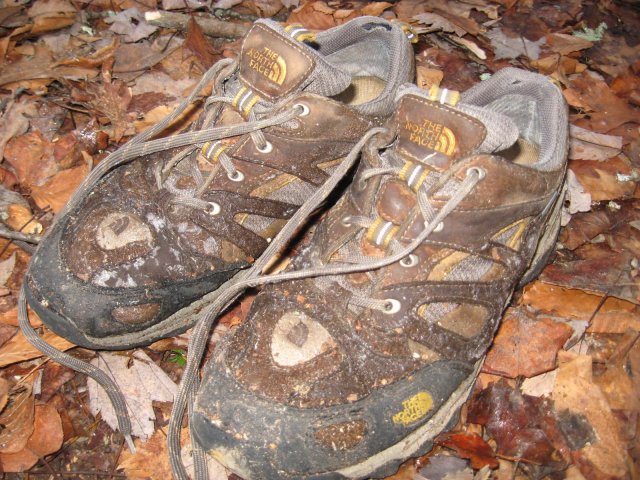 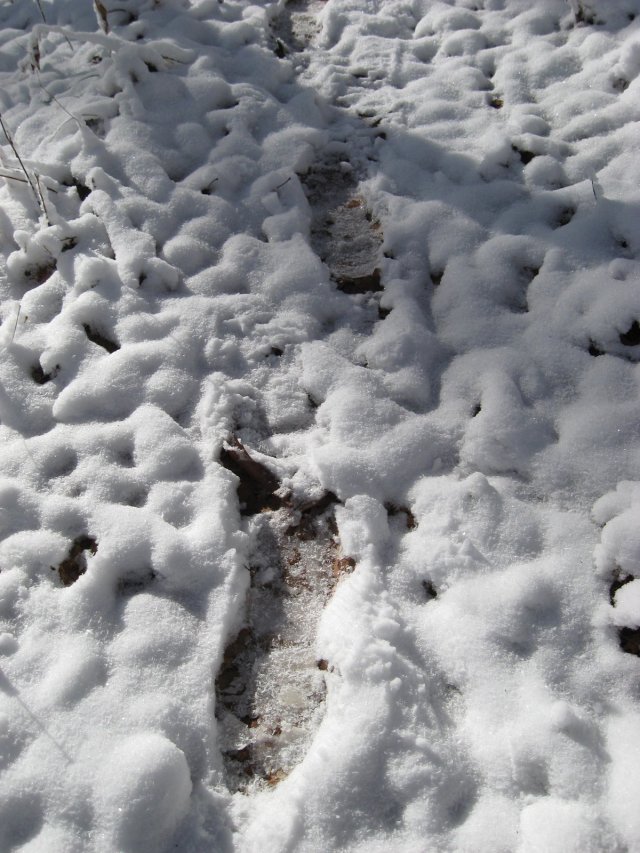 Back to the top of Lost Cove and the AT sign is no longer covered with snow.

Taking a break at Campsite 113 on the AT. 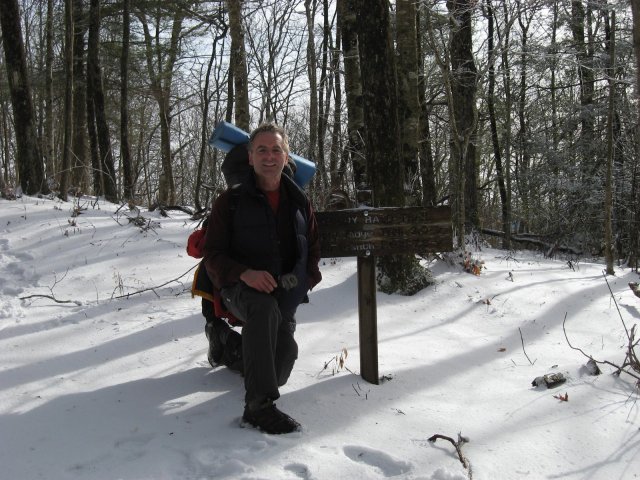 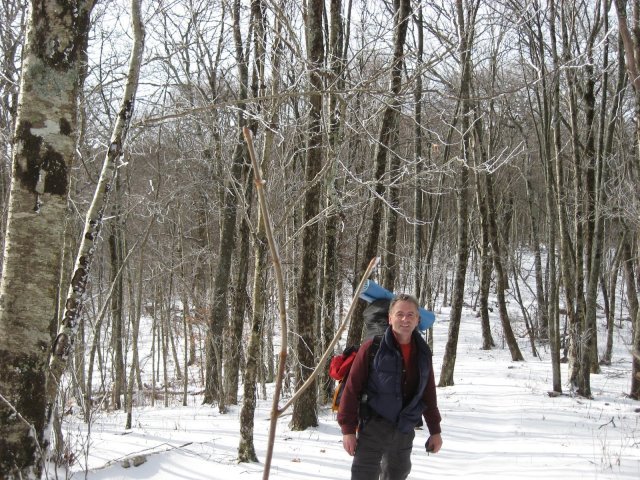 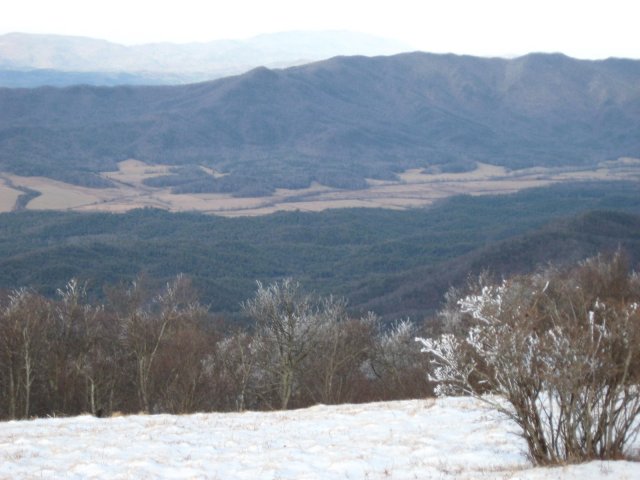 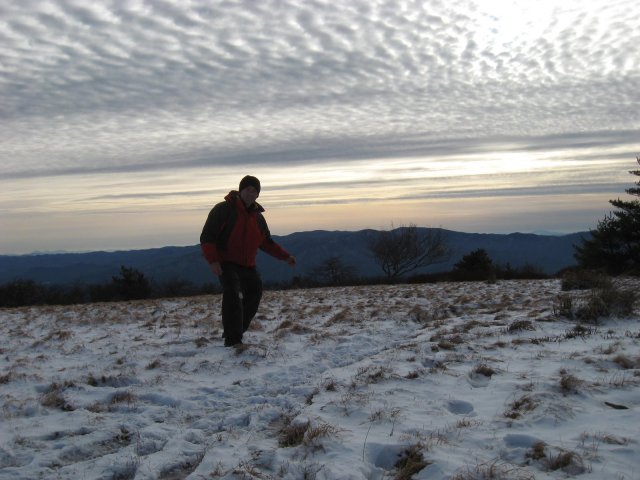 Sheep Pen Gap Campsite 13 was very windy and cold. I slept in 2 sleeping bags and all my clothing. 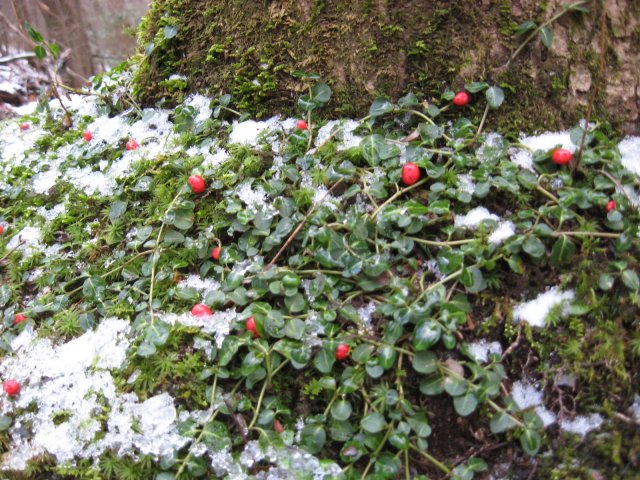